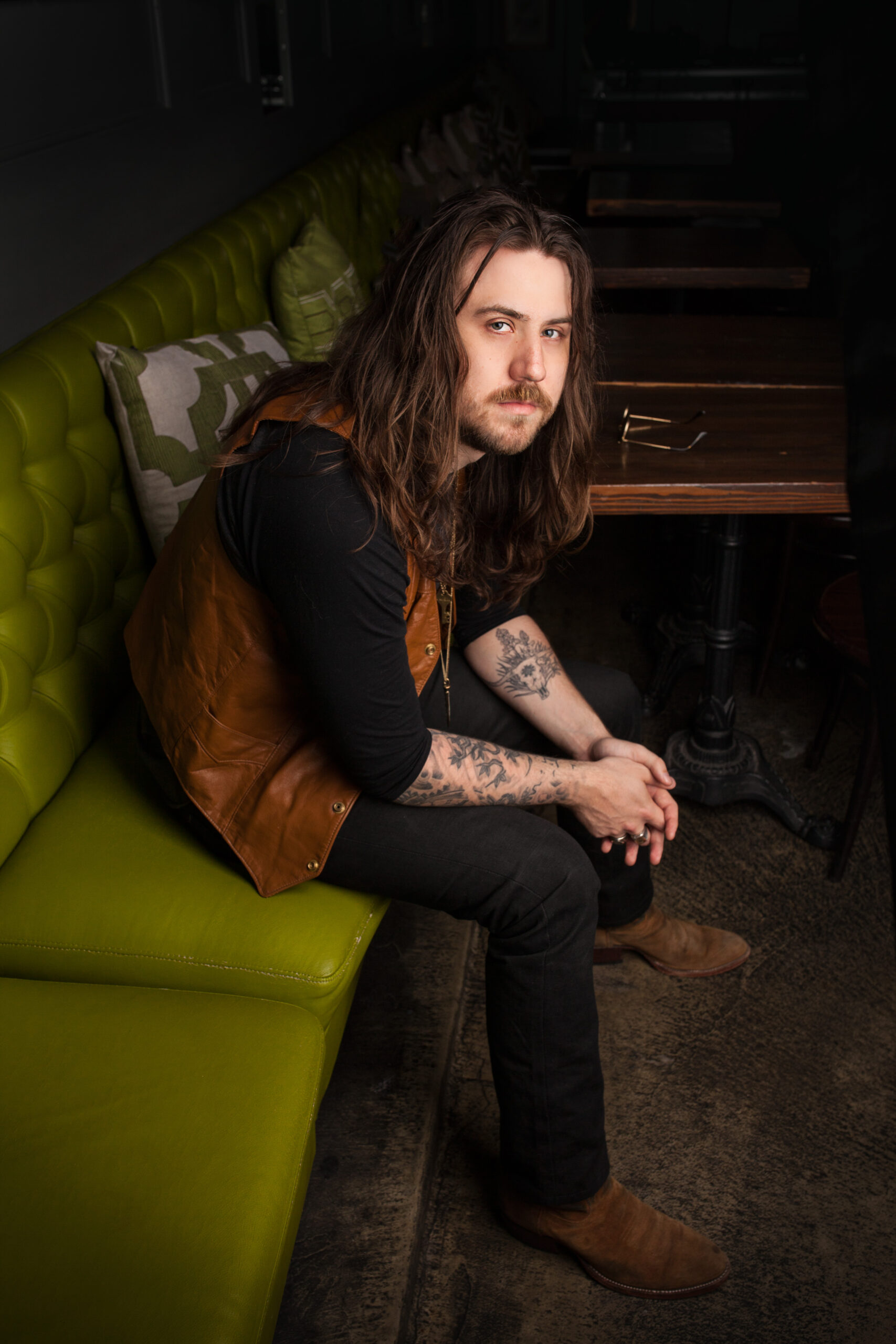 Two years before releasing Gettin’ By on Gettin’ Down — the most guitar-driven, groove-heavy album of Sam Morrow’s catalog, with songs that roll just as hard as they rock — Morrow hit the highway in support of his third record, Concrete & Mud. Despite the 28-year-old being a road warrior for years, this time things felt different. Joined by a band of amplified roots-rockers, Morrow spent eighteen months traveling halfway across the world, playing Concrete & Mud songs to the biggest audiences of his career. By the time the dust settled, he’d become a staple of Americana radio on both sides of the Atlantic, with outlets like Rolling Stone and NPR singing his praises.

Those road miles set the stage for Gettin’ By on Gettin’ Down, a modern album that revisits — and reshapes — the primordial sounds of hip-shaking rock & roll. These nine songs are rooted in grease, grit, and groove, from the swampy soul of “Round ‘N Round” to the funky syncopation of “Rosarita” to the hook-laden rock of “Money Ain’t a Thing.” There’s hardly an acoustic guitar in sight; instead, amplifiers and guitar pedals rule the roost, with everything driven forward by percussive rhythms that owe as much to R&B as country music. Written and recorded in the wake of Concrete & Mud‘s acclaimed tour, Gettin’ By on Gettin’ Down doubles down on the electrified fire and fury of Sam Morrow’s live shows, with a road-ready band joining him on every song.

This is the sharpest songwriting of Sam Morrow’s career, rooted in a mix of autobiography and wry social commentary. Gettin’ By on Gettin’ Down is an album that focuses not only on what its frontman says, but how he says it.

“My favorite rock & roll is the stuff that has groove to it,” says Morrow, a native Texan who kickstarted his music career after moving to Los Angeles, where he’s since become one of the city’s biggest roots-music exports. “I want to make music like that — funky, layered rock where it’s not just the songwriting that’s important, but the presentation, too.”

To find the right presentation, Morrow turned to drummer Matt Tecu, whose versatility as a percussionist had landed him a spot in the documentary Echo in the Canyon, backing up West Coast icons like Jakob Dylan, Brian Wilson and Neil Young. The two had spent months on the road together, touring their way from coast to coast, steadily growing Morrow’s sound into something that nodded to — but was no longer defined by — the country music he’d grown up with. Looking to funnel the spirit of those concerts into a studio recording, Morrow asked Tecu to send him a series of drum beats, which the frontman then turned into songs with help from co-producer Eric Corne. The grooves served as building blocks for the music that followed, anchoring Gettin’ By on Gettin’ Down in a rhythmic, full-bodied sound whose mix of country, rock, and funk influences nodded to Morrow’s genre-bending heroes: Little Feat, Los Lobos, Queens of the Stone Age, and even David Bowie.

While recording the album at an L.A.-area studio owned by The Doors’ guitarist Robby Krieger, Morrow and Corne embraced their experimental side, focusing on layered arrangements that were as unique as the songs themselves. They added a T. Rex-worthy, fuzz-rock riff to the title track. They punctuated “Rosarita” with a slide guitar wrapped in wah-wah wooziness. They filled “Round ‘N Round” with blue notes and swung swagger. Over six days, they pieced together the Gettin’ By on Gettin’ Down tracklist, with help from guest musicians like guitarist Doug Pettibone and bassist Taras Prodaniuk, both veterans of Lucinda Williams’ band. The result is a record that builds a bridge between Morrow’s command as a frontman and bandleader — a record, in other words, that pairs sharply-written insight from a songwriter at the top of his game with the raw, rocking slash-and-burn of a band stocked with roots-music heavyweights.

Touring the world will widen your perspective. Morrow still shines a light on his own experience with Gettin’ By on Gettin’ Down, whose songs spin true-life stories of new relationships, old flames, the battle to remain upbeat during downtrodden times, and the lingering temptation of the vices that once clouded his vision. He switches to a wider lens on several songs, though, penning lyrics about a modern world obsessed with Instagram filters and virtual interactions.

“I’m taking my own flaws, and flaws we have socially, and poking fun of them a bit,” he explains. “I’ve been known to have songs that are really serious and grim, but that’s not exactly who I am. I’ve just always had an aversion to doing what everyone else is doing. It’s this punk-rock attitude, where if you tell me I’m supposed to do something specific, I’m gonna do something else. Maybe that’s a character defect…but it is what it is.”

It’s no character defect. With Gettin’ By on Gettin’ Down, Sam Morrow reminds us that the things that set him apart are the very same things that help him stand out.