Brandon Wisniski aka Wreckno is taking over the bass scene and he’s doing it his way. On and off the stage, this empowering 24-year-old queer musician stays shining and grinding at all times, as he serves up fresh, fierce beats for the masses. Fueled by Wreckno’s burning passion for electronic music and performance, the project is bursting with endless originality and individuality — and he’s only just scratching the surface.

Wreckno fell in love with electronic music at the age of 15. Having grown up 30 minutes from Rothbury, Michigan, home to Electric Forest, he became enchanted with the scene and forms of creative expression including freestyle dance and flow arts. In 2015, Wreckno went for it. He picked up some midi gear and started DJing as a hobby, which soon became a side hustle, and four years later, his dream has evolved into a promising career.

Even in its early stages, Wreckno’s budding project has seen massive success and support from bass tastemakers including G-Space, Peekaboo, iLL Gates, and Bassnectar. His energetic performances and exuberant personality have allowed him to bring his unique vision to staple music cities including Detroit, Chicago, Denver, New York City, and beyond. Most notably, Wreckno will return to Bassnectar’s own Deja Voom Festival in 2020 after slaying the decks for the inaugural event in 2019.

Best believe Wreckno is building on this momentum, from his extra spicy live shows down to his wonky, wubby productions. Picking up the mic is another huge step for this blossoming artist, as Wreckno explores his rapping and vocal capabilities and experiments with stage presentation. As Wreckno makes his shift from DJ to artist, his upcoming co-headlining tour and festival appearances will reflect his true essence more than ever before.

At the end of the day, Wreckno is all about making people happy and he projects that positive energy in everything he does. The same bright-eyed, bushy-tailed teenager who discovered the scene years ago is still in there, ready to bring his musical journey to the next level. 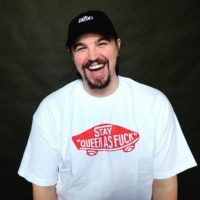