Emerging in late 2012 with a sound that was all his own, Tor’s debut album ‘Drum Therapy’ was the culmination of over a decade of quietly honing his craft, merging the aesthetics of dusty samples with polished production, addictive melody and unique driving percussion. After catching the attention of Emancipator, the album became the first release to launch his new label Loci Records and led to supporting slots on several US tours and remixes for artists like ODESZA.

Tor’s sophomore album ‘Blue Book’ served as the perfect follow up – a natural evolution of the best qualities of his previous work, while pushing his sound forward with new sonic palettes, ideas and tempos. It’s a record that plays like a journey from start to finish, with rhythmic bell patterns, chopped vocal harmonies, atmospheric swells, warm basslines, and a newfound love of analog synthesizers all creating a distinctive world. Since the album’s release Tor has gone on to curate the ‘Origins’ mix series, played shows in Europe & Australia, supported Emancipator at Red Rocks and on a sold out North American tour, produced official remixes for RUFUS DU SOL and CLOZEE and performed at festivals including Shambhala, Electric Forest, Oregon Eclipse, Envision, Lightning in a Bottle, Bass Coast and the Do Lab stage at Coachella. 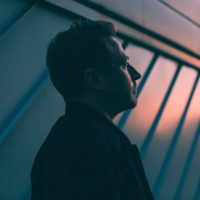 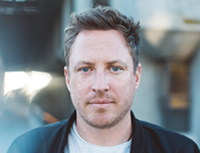