Dreamers Delight: "Just finished a song that’s about the power of the stars . Excited to share it with you all ✨💫"

As the electronic brainchild of Reed Krafft, Dreamers Delight has escalated at an incredible rate across the US, and has garnered an impressive international following and significant outreach from fans. Combining the cultural influence gained from world travel and his knack for soulful, intelligently produced melodies, Krafft is leading a charged campaign that is quickly gaining momentum and turning heads throughout the electronic music world.

Dreamers Delight released his debut and sophomore EPs under Gramatik’s United States/European-based label, Lowtemp Records, and embarked on his first national tour in Fall 2015. In the short time he has been touring, he has performed at major music festivals such as Coachella, Electric Forest, Lightning In A Bottle, Camp Bisco, Envision and more; has joined internationally touring artists Big Gigantic, FKJ, Sound Remedy, Break Science, Emancipator, and others on several US dates; and has also shared the stage with artists such as Diplo, What So Not, Rufus Du Sol, 12th Planet, Mimosa and more. 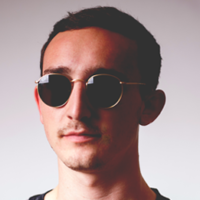